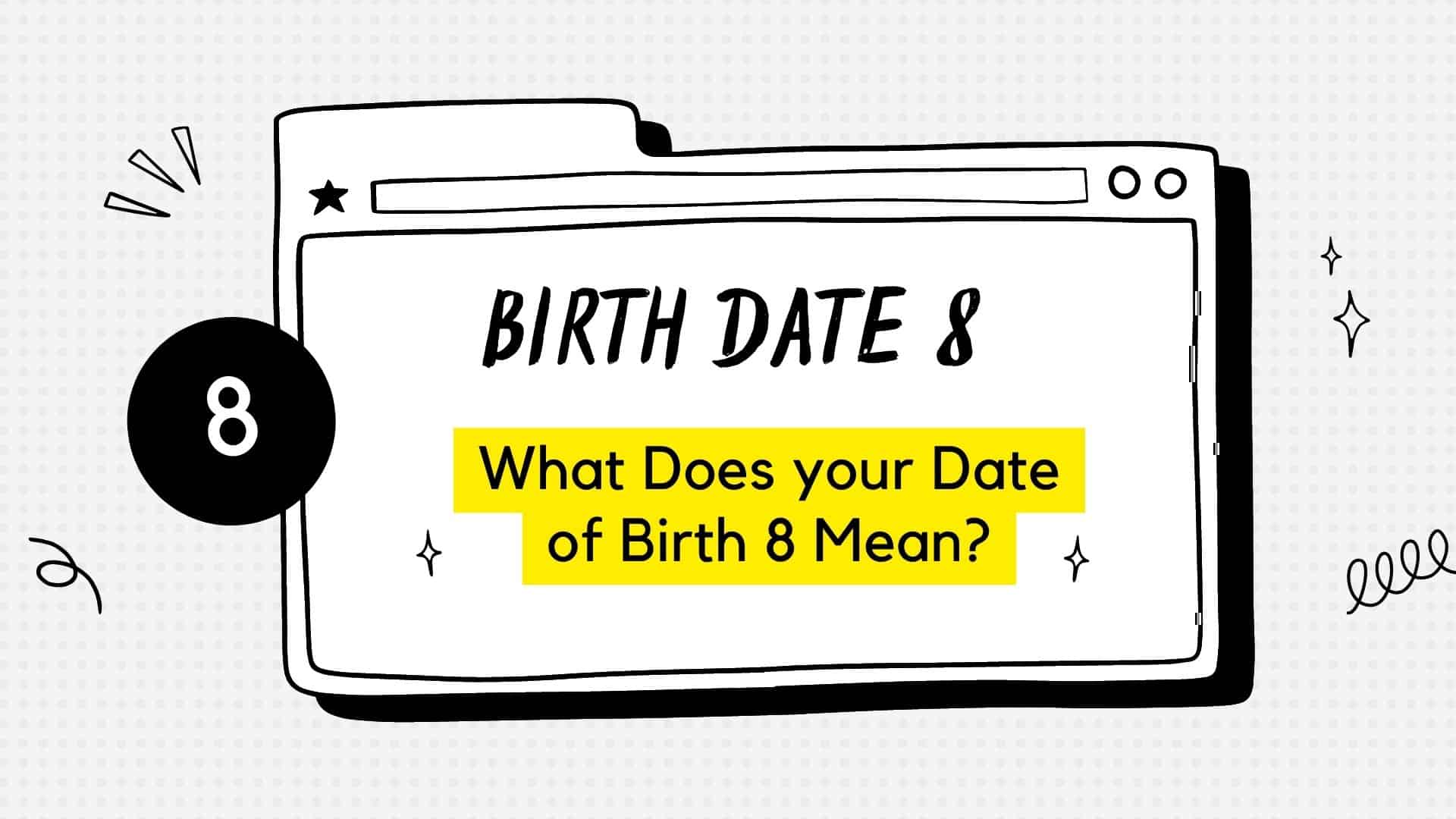 The date of birth can tell a lot about a person – good and bad habits, how he interacts with other people, in what areas he can succeed. Today we will consider how the number 8 affects the fate of a person and what can be said about people born on the 8th.

These people like to control everything. Without such energy, any state would collapse. For example, Angela Merkel was also born on the 8th. Such people are able to see the karma of other people. With such people, others often quarrel, because this person knows how to try on the parties to the conflict. Often such people are dissatisfied with their childhood – they often swear with them, they swear next to them. They are painfully experiencing the divorce of their parents.

In adulthood, such people become very fair and understand what justice is. You can ask them for advice, he feels where is the truth and where is the lie. Such people can exceed authority and interfere in the lives of other people. They find the right solution in the conflict. This does not lead to negative problems, on the contrary, it helps to achieve positive results.

Such people can support. They want to control everything, it can be total control with distrust. Al Capone has that kind of energy. They find it difficult to keep a balance. It is important for them to be honest with themselves and other people. The test for such people is high positions with the right to distribute material wealth. Punishment for material wealth can be imprisonment or problems in the family.

They manage to almost always find the right path. These people have experienced souls, they are healers of spirit and body in any area. They often succumb to various kinds of manipulation, they often go through it hard later. Often they are disappointed. In this case, you need to use your main weapon – compassion and the ability to forgive. They can create good karma for other people. Such people need to get away from control and come to help people.

What is easy for such people

These people are well versed in the knowledge of the universe. Fairness and honesty gives them confidence. They have a lot of logic, but little emotion. They come to the inner balance fairly quickly, they often teach others how to do it right. They know how to manage others and they like it – one example of such personalities is Mikhail Labkovsky. They know how to help a person, while they want to seek the truth.

They have an increased interest in the lives of friends. This affects the number of friends – there are many of them, but family relationships can deteriorate. Among such people there are many lawyers and officials – Yevgeny Semenyako, for example – and teachers.

Bad traits in such people appear when they think that a lot needs to be done in order to accomplish a lot. They can be gambling, and have their own taste, preferences. They are annoyed by many people, so they can start working with computers. Sometimes they manifest conflict, criticism and self-criticism. Sometimes it can be cruel. Often they sacrifice themselves for the sake of other people and go too far. They do not know how to wait and often impose their point of view, which is why they may often not be asked for help.

They are proud, consider themselves right, and deny the standard. They are not very objective. They have their own point of view and it is the most important. It is difficult for them to wait a long time, conflicts can occur. They need to understand that for any force there is any counter force. They also need to learn how to make informed decisions.

Career for them is the main thing. They know the laws of life so much that they can even try to get around them. If they want to get positive results in their work, they must go through life with such a motto – what a person does, he does for himself. They absolutely cannot break the rules. They can even be imprisoned for stealing candy in a store, so you can’t break it.

As a rule, after the age of 35, the income of such people increases. They manage to multiply their income by starting their own business. They can be engaged in any business, for example, Andrey Melnichenko is such a person, who has achieved significant success in entrepreneurship.

It is easy for such people to understand many issues. It’s not too late for them to start their own business. They have the right to judge, they are very deep, well oriented in life. Such people have non-standard thinking and they go to their goal to the end. It is they who have been given the right to judge, they understand that if something happened, that is why, and they are trying to understand why it happened. They make an informed decision. It is important for them to keep their word, it is accepted by other people as a law.

These people have healthy ambitions. They do not abuse power and have excellent organizational skills. They can be reformers and can become successful politicians. They can become community leaders. In this they are helped categorically. They can succeed in real estate, heavy industry, railways, scientific and chemical laboratories, agriculture, public service, tax inspections, charitable organizations, guardianship authorities, translations, and teaching English. Read more about choosing profession depends on date of birth.

And although the life of people born on the 8th is full of struggle and loneliness, they learn to understand other people. They need to enjoy life. Learn to enjoy small things, help others, and see your personal crises as turning points that lead to success.