Compatibility by soul number is calculated by the techniques of Vedic numerology. The science of numbers compared to psychology reveals to us a more detailed world of relationships. The analysis is based not on the words and actions of partners, but on the mutual vibration of the numbers patronizing them.
To calculate it, one needs to know only one thing: a person’s date of birth. But sacred information has special secrets accessible only to the initiated. In the Hindu system, the new day begins not at midnight, as is generally accepted, but two hours after dawn. Consequently, a person born at two o’clock in the morning on September 23 is born on the 22nd according to the Vedic calendar.
Then it is necessary to make a numerological reduction, i.e. to add digits in the date of birth and bring it to a single digit. For example, in our example: 2+2 = 4. It remains only to look at the characteristic of the resulting value.

Units are best compatible with representatives of their vibration. They are attracted to 4’s and 7’s. Fours can give you a boost of energy and sevens can be devoted friends, but they are not likely to be suitable for starting a family.

Strong friendships for the three is possible with the representatives of 1, 3, 6, and family ties with 5 and 9.

Fours are better to create families with 1, less favorable option – 6 and 4. As reliable friends and business partners will do 1, 3, 5 and 7.

The best way for fives to be compatible with people of a similar soul number. An unbreakable marriage will be 5 and 1.

Six harmonizes perfectly in love with 2 and 5, in friendship and business partnership with 1 and 3. Trusting relationships are undesirable with 4 and 8.

Seven will suit people of the same vibration in all respects, as well as 1. Marriage between man 1 and woman 7 will be unstable, while woman 1 and man 7 will be happy and, as they say, love each other “to the grave.

If the calculations gave you eight, pay attention to 2, 6, and 3. Eights should be wary of 4 both in friendship and in business.

Nine often has a crony with the same vibration, but such a union is not productive. In intimate terms, they are attracted to 7, but do not hope for a lasting marriage. 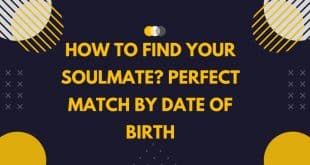 How to Find your Soulmate? Perfect match by Date of Birth! 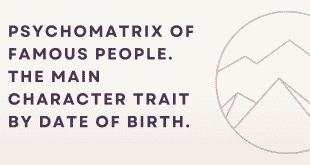 The Main Character Trait by Date of Birth. Psychomatrix of Famous People 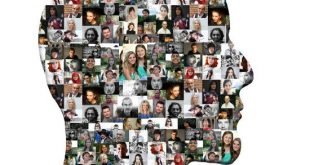