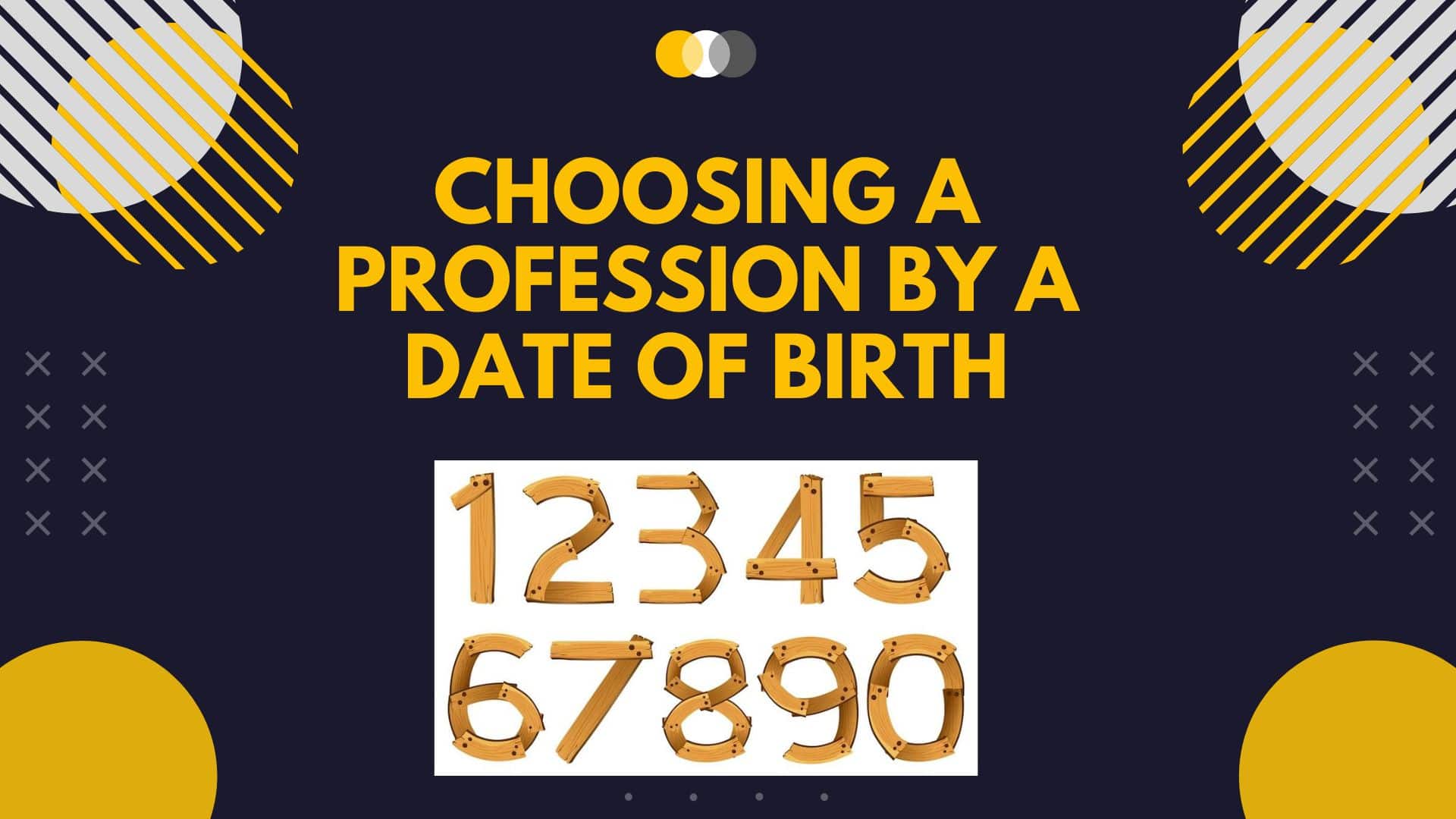 Which profession suits you? Are you at the right place? Is it possible to determine a profession by a date of birth in general? Today we will try to answer the questions above and share our experience of how the psychomatrix analysis can help build an individual professional career path.

Predict a profession by Date of Birth

The choice of a profession is one of the hardest decisions to be made in life. There was once such a saying: “Happiness is when you want to go to work in the morning and go home in the evening.” So, let’s say that choosing the wrong profession and performing the job one dislikes is like seeing no light at the end of a tunnel. Apart from this, choosing the profession that matches your personality is always a challenge and even when being aware of one’s professional bents it does not always turn out to make this choice right at once. People may wonder whether it’s possible somehow to make a prediction of which profession to choose, for instance, based on a date of birth. And yes, the date of birth may help in making a conscious and competent choice of a profession.

First of all, at the heart of everything lies a psychomatrix. You need to analyze the right resources that are in it and based on them, choose the profession in which these resources would be the main, prevailing ones. When it comes to the profession we choose, this question should be considered in two directions – the first is the sphere of interest and the second is the question related to career building. Some people strive to develop a meteoric career, the others would like to choose the only position and they won’t consider it boring to work at the same job all their life. So, let’s analyze each of these two directions based on the data of a psychomatrix. Let’s take into account the number combination which is the strongest for each person.

Number Nine is for Memorization 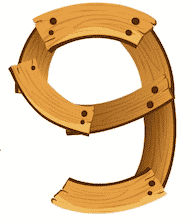 Let’s suppose that someone’s matrix includes many nines. The nine refers to memorizing and storing in memory large volumes of data. Therefore to people with nines, there is a sense to choose those professions where it is necessary to retain extensive amounts of information. If there is no number nine in someone’s matrix it’s better not to choose such a profession as there could be a problem for such a person always hold plenty of information in memory and any period, spent out of work – even short one-week vacations can erase some numbers from the memory so afterward the person should spend some time for restoration of the informational items in memory. 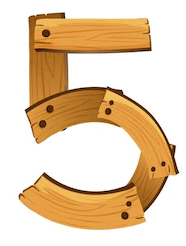 The other thing is when there are fives in someone’s matrix. The number five refers to logic and analytics. Therefore, for the person whose matrix includes two or more fives, it is desirable to choose that sphere where these qualities will be constantly demanded, and at the same time – for those who have no fives in the matrix there is no sense to choose a profession of, let’s say, financial analytic, as their forecasts will be not that short-sighted but they will be based generally on some their dreams and imaginations.

Number Three and the Best IT guys 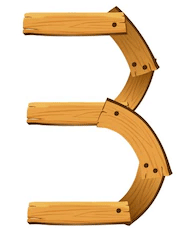 For those who have threes in their matrix, it is just the destiny to go to a profession connected with technology. In addition, the presence of threes in the matrix sets such qualities as being methodical and disciplined, so these people already have an inherent discipline and they will be very organized at work. If there are no threes, it means that a person is used to spontaneous and chaotic behavior. On the other hand, such specialists have no instinct for technique. Of course, it’s possible to develop some skills and reach some career heights, but when becoming a developer, he will never be a kind of an expert for whom employers will compete among themselves.

Turn Routine Tasks Into a Super Power with Number Six 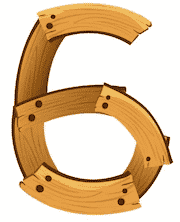 Another example is the presence of the number six in the matrix. It refers to the ability to carry out routine, monotonous, uninteresting work. If you don’t have any sixes in your matrix, you shouldn’t choose a job that includes routine daily activities. In such a case you need a profession where there would be eternal creativity. And those who have the number six in their matrix are people who perform repetitive tasks day after day and they acquire such a high level of professionalism that they eventually become virtuosos and so extremely in demand. 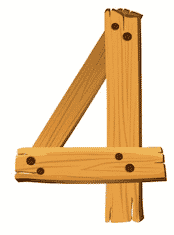 Another point is the number four in the matrix. It is related to the health state but also denotes the ability to collaborate with other people, so if, for example, a person has many fours in the matrix or even if there is only one, then it is better to choose a profession focused on human relations, for instance, a teacher, a psychologist, a coach, etc. If such a person chooses this kind of job, he or she will have moral satisfaction in the profession and won’t be disappointed in life.

The second question connected with a profession concerns the choice of a position, namely whether to hold the leading position or whether an employer feels quite comfortable with the place of the ordinary worker. This decision is certainly influenced by ambitions, expressed in his line of self-assessment. But when it comes to a self-assessment, it’s always necessary to analyze the links with the line of talent. 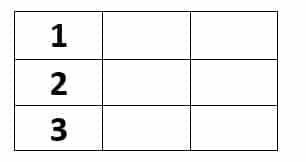 For example, we have a matrix that includes the numbers 1, 2, 3 – these figures apply to a self-assessment. 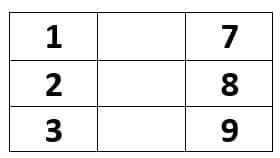 The amount of the figures in this line needs to be correlated with the figures in the line of talent such as 7, 8, 9. If in the line of talent which refers to the ability quickly or, on the contrary, slowly develop skills, there are not so many numbers as in the line of a self-assessment (1, 2, 3), it means that the employee would probably overestimate his capabilities and when taking a high position at work, won’t be simply able to cope with a bunch of duties that are on him.
The opposite moment is when the line of talent includes many numbers – more than there are in the line of a self-assessment. In this case, it means that a person is very adaptable to gaining a new skill and can easily implement it while doing the job. But together with that as there are few numbers in a self-esteem line it means that an employee will underestimate his abilities and despite having a huge potential, might not realize it, doubting himself, having a weak character, or not having enough energy to act or will get stuck at work in the details instead of arranging the career in principle.

What Kind of a Leader Will I Be?

It’s not a secret that one of the most essential pillars the leadership is standing on is a strong character. 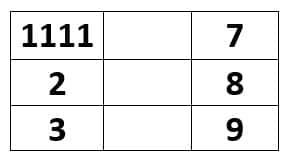 A strong character can be determined on the matrix in the self-assessment line by the presence of a number one – four and more times. However, this combination still doesn’t give grounds for becoming a good leader, or even with a single figure one in the matrix, a person can be very good at dealing with responsibilities. To competently lead people it is necessary to find contact with them. 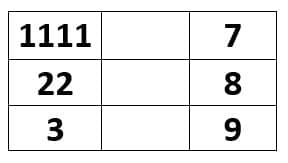 Therefore, the energy is needed which can be estimated in the matrix with at least two deuces and better in four-five twos, then a person will have enough strength to communicate with anyone.
Further, so that the lead was good and competent and that he could find an approach to each employee it is important to have at least one eight in the line of talent. It gives a sense of duty and responsibility, and at the same time, it allows us to accept the decisions, not in a tough despotic manner but guided by the fact that everyone should be feeling comfortable.

If talking about the ideal lead assistants – these are personalities with the number one included in the character line in the matrix. They have a desire to show themselves and their abilities, but when all responsibility lies on them they feel in this state extremely uncomfortable, but if they are managed by a boss then such people very easily adapt and they become the right hand of their managers because they will ensure that all orders are executed exactly as requested.

Sometimes happens such a situation when for example a figure one occurs two times in the character line and a figure eight occurs several times in the matrix, and a person holds a position of a middle manager and with such number combinations such a boss is often a trouble-free and very responsible person, and his subordinates often use it in their favor, shifting all their responsibilities to him and as a result, he works for the entire department and the fear that the bosses from above will not approve his work, makes him literally disappear day and night at this job if only the work of the entire team goes smoothly. Therefore this position for such a person would definitely be like a punishment.
Some transitions of the figures in the matrix allow a person to change his character and strengthen or weaken some of his sides, associated with professional qualities. 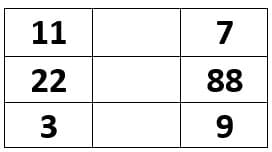 If a person has in his matrix the combination of figures: 1,1 and 8, 8 it means that he has to constantly show willpower and if his character becomes more rigid then a transition occurs – the figure eight “breaks up”, and such a person turns out to be quite a good leader.
However, here it should be taken into consideration that such a situation is associated with energy costs and then a person either loses energy – in the form of two deuces or if there is figure four in his matrix, it affects his health, and as a result – he becomes an energetic vampire or he gets health problems, eternal fatigue, eternal stress and lack of sleep. So, this is the price for the fact that he came out with a tougher character.

What Enhances Your Character Qualities?

Another example is related to the strengthening of professional qualities, for example, the person has a strong memory and logic, having only one five. 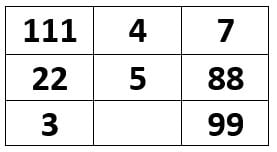 Can such a person make a good analyst? With such a combination, he will not be the best in this profession, but when a person gains experience and two nines just make it possible to accumulate it very quickly, this specialist is inclined to remember a monotonous repetitive situation and when it occurs again, he already knows how to act, that is, he develops the second five, which provides him with these exactly analytical skills in the area of his professional interests.

So, as you see, the analysis of the matrix is a very interesting activity and if you correctly understand all the combinations, also taking into account that there are additional numbers that allow you to strengthen the skill or, on the contrary, to waste one’s resource for nothing, then there is a very high probability to choose the right professional path.