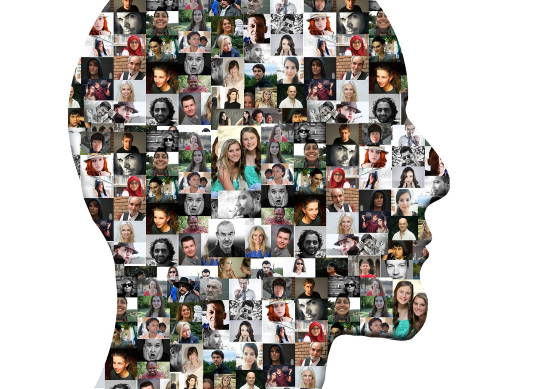 On the very day you were born, a snapshot of the sky was captured, charting all the planets’ positions during your exact moment of birth. This snapshot is otherwise known as your natal chart – the single factor that determines your sun sign, moon sign, personality construct, and of course, your compatibility.
If you’ve stumbled upon this article, chances are you’re probably a Pisces or a Cancer.
Both bearing the water sign, Pisces, and Cancer share a lot in common. Since they have the same elemental origin, they are connected in fundamental ways that no other sign can understand. However, does this mean that they are seamlessly compatible?
With that, come join us in this journey to explore the basic personalities and relationship compatibilities of Pisces and Cancer.
By doing so, you’ll be able to understand these two signs in ways that you never did, allowing you to gain a more comprehensive approach in evaluating whether or not both of them can be truly compatible.

In general, these two zodiac signs share the same elemental sign: water. Because of such, they bear some strong fundamental resonance between them, a gap that’s naturally bridged since they share the same principles.
To begin with, water signs are known for their intuitive and emotional properties. Having that strong spider-sense or gut feel, water signs can smell good or bad luck a mile away.
As such, they can almost magically play their cards right, as they intuitively know when to go all-in or when to fold.
In the same way, they are also people-oriented persons. Since they resonate strongly with their emotional self, connecting to others is something that comes naturally from both of these signs.
As they can easily relate to others in almost all modes of communication, such water signs can understand people in a snap of a finger.
But before we judge them as ultimately compatible, let us take a quick look of their inherent qualities.

Strongly associated with emotional expression, this zodiac sign excels at mastering their own intuitive and emotional playing fields. While others often face problems in these areas, Cancers often navigate at such as it’s a piece of cake.
With that, they are excellent when it comes to expressing their own feelings. Compared to other signs, Cancers can translate this to proper packaging and even delivery of one’s inner struggles or joys.
But in the same way, this zodiac sign can also be overbearing with their emotional expression. Since they are so resonant with their emotions, they move because of it and, thus, may lead to unhealthy practices.
Furthermore, Cancer is also great at making sure that they listen to their intuition. Paired with their already strong emotional resonance, such transcendental gut feels will further guide them in their decision-making process. Given this, they have some sort of spider-sense, which allows them to detect good or bad things from a distance.
With that, they often know when to jump into something and when to avoid things. Like an unexplainable ounce of luck, such will allow them to be there in key moments. Going to relationships, this usually translates to being there for others when they need them the most.
As such, this often translates to that friend whose too good at making you feel loved, yet in the same way, is also very sensitive or vulnerable at times. Since their emotions become key components of their judgments, these individuals often translate, such as moving words or actions that can help others in as much as themselves.

On the other hand, Pisces is a sign that’s represented by the two-fish sign. Of all the zodiac signs, this last one is considered as the wisest. Aspiring for perfect balance as represented by the flow of the two-fish sign, Pisces is known to have a deeper understanding of the world, one that transcends the material and the physical.
With that, they are often dreamy and imaginative. By being such, their conceptions of what the world often transcends the superficial interpretations of other signs. Whereas earth signs usually aspire for glory by leaving a mark in this world, Pisceans yearn for meaning and purpose, one that is driven by their internal emotions and feelings.
For instance, the sheer amount of spiritual imagination of Pisceans can lead them to become great at envisioning things and using it as their own fuel in achieving the life they want. Like a self-generating machine, their unparalleled connection with their emotions can bolster whatever inspiration they currently have in order to power up their drive.
As great dreamers, they can also have strong visions for a relationship. Since they know how to look at the future and factor-in the past in their decision-making process, it is a lot easier for them to realize the true value of things and how it can affect their overall outcome.
With that, Pisceans can easily become fantastic partners within a relationship. Since they know how to balance things out, they can utilize such power to adjust to their partners, depending on their past, present, and future experiences. But how would they fare when they’re in a relationship, especially with a Cancer?

Considering that both are water signs, the resonance between Cancer and Pisces is almost unquestionable. As they generally have the same love language, they will often know how to deal with the other without the need for explicitly stating their cause.
Since both signs have a strong intuitive understanding of each other, it is easy for them to read what their partner wants. But in general, Cancer is a bit ahead in this regard. Since Cancer is more of the bigger person here, they will often let the dreamy Pisces get its way when in conflict.
In contrast, Pisceans aspire for creativity and new ways to understand the world. Translated to romantic relationships, they will find ways to constantly innovate the way they express their love to the other person. As long as they are able to focus on positivity, such energy will translate to good results for the relationship itself.
With both of these points, we can say that the compatibility of these two signs is definitely good. Balancing each other, their qualities will often offset the weakness of the other. As Cancer inspires Pisces to pursue its own dream, Pisces, in turn, will show Cancer that he/she is able to understand him/her in the most subtle of ways.
Given such mutuality, it will allow them to blossom in ways that they’ve never known. With everything coming together naturally, it is definitely a no-brainer when it comes to these, especially that they are both water signs. Like the flow of river water, such a partnership will result in an unprecedented union between these two signs.

By having the same element, these two signs are already in a favorable condition to begin with. However, such a notion is even furthered by their ability to have intangible yet transcendental bonds with each other. As these signs understand each other in ways that only they can comprehend, it is expected for them to flourish as a couple.
As long as they are able to transpose this into concrete or actual action, a blooming relationship between these two will surely be worth it!
When you dig deeper into your advanced astrology chart, you’ll discover that there’s so much more to zodiac compatibility than just elements and Sun signs.

Aaron is a writer at Individualogist.com – a personal development and self improvement platform that has guided its tight-knit community of transformational enthusiasts to make remarkable breakthroughs in their lives, all through their unique approach to Carl Jung’s theory of jungian archetypes.