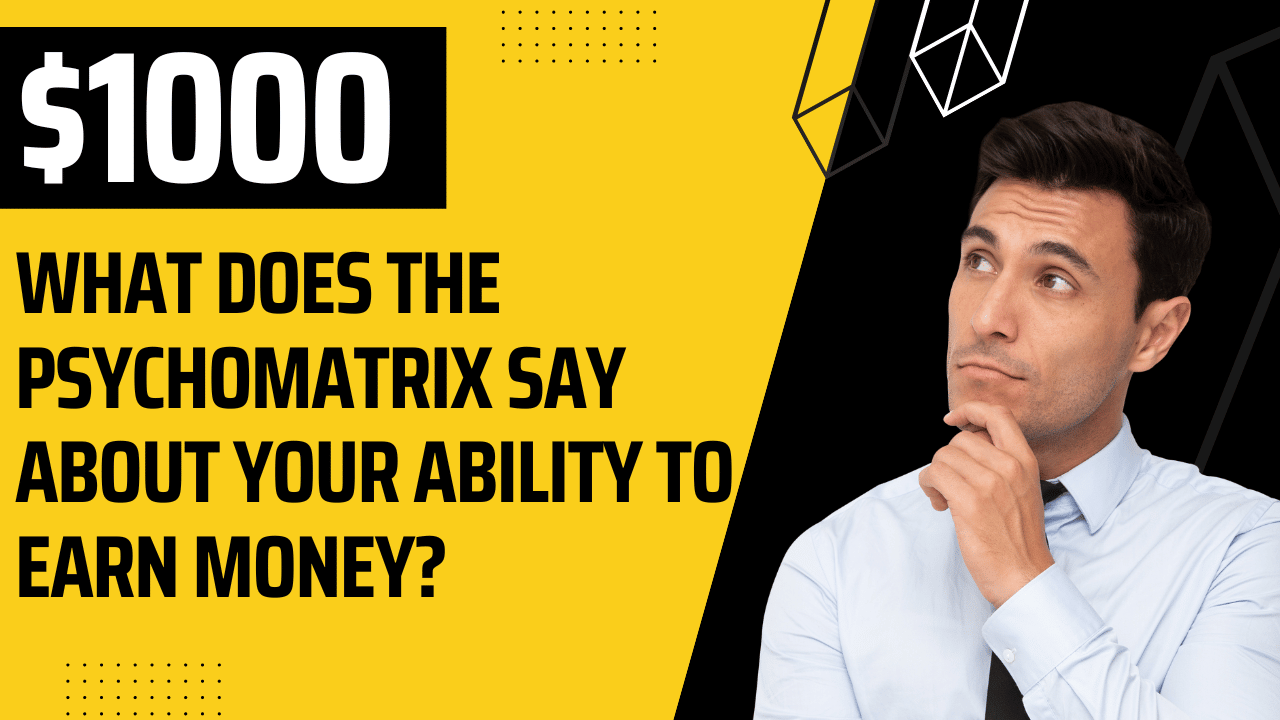 There are people who know how to properly manage finances. And there are those who are called spenders. The inability to plan a budget and allocate funds can affect not only your wallet, but also relationships with loved ones. That is why it is so important to know your personal characteristics of behavior with money, which numerology with using the Pythagoras Square will tell you about. Today we will tell you how to find out by date of birth what are inherent in you and how to evaluate your abilities.

Let’s talk about ordinary people who face financial issues on a daily basis and may feel some discomfort in these matters. Before starting the story, let’s draw your attention to the fact that we will work with a ready-made psychomatrix – a ready-made square of Pythagoras.

The middle column is responsible for the material channel. This column includes the numbers 4, 5, 6. To evaluate the channel, we do not estimate the location of the numbers, since they can be placed in any way, there may be even free cells. We pay attention to the total number of digits. In our case, we have two fours and one five. This gives only three digits. This is the golden mean.
Zero: what does the number say

Zero doesn’t happen very often. It speaks of the uniqueness of the man. He is not at all interested in the financial and material side of life. It can be geniuses or indigo children. Such people do not care about financial issues. These individuals have other values, and they do not burden themselves with financial issues.

Unit: What Does It Mean

It’s not that rare anymore. This is more common for women. Such a number indicates that a person understands the role of finance in his life and he has his own clear needs. But at the same time, he does not like to take care of financial security. He may look for a partner with a different attitude to life or will live with his parents for a long time. The nature of such a person is not enough. He has few resources for financial literacy.

When there is one, two units or they are absent, then a person has few material needs. The more units he has, the more he wants to achieve.

Two: What It Says About the Character?

If there are such numbers in these cells, then this is a person who can take financial responsibility. He can take responsibility not only for himself, but also for his whole family. But there is a catch: he will grab for a stable income. It can be really small, but stable. As a rule, such a person agrees to any job, layoffs and reductions will be a real tragedy for him. He does not hold leadership positions. This is a person who is often used by other people. He agrees to many things, even to a low salary. He has a great sense of responsibility, but more often he is satisfied with small amounts of money.

Three: the meaning in Psychomatrix

Three is the golden mean. This is a person who knows the value of money. He can earn them. He understands the importance of rest, so he uses his expenses also for rest. Such people willingly travel and spend much on their education. In families, they often have a key decision in financial matters. Their work is often cyclic, on a rotational basis. He can work effectively for some period, and then for some time he does not think about work and needs to have a good rest. If such a person has a permanent job, then he will not always be effective and quickly generate new ideas. He has periods of calm after hard work, he needs time to recover.

Four and Five: What Do the Numbers Mean

Most of these people were born in the 40s-50s-60s of the last century. These are people for whom the material well-being of their family is the main goal of life. People believed and wanted their children to have the best. They could work in difficult and unhealthy specialties. All is made for children. These people do not know how to relax, even on vacation they can earn extra money. Again, they do it not for themselves, but for family needs. They are motivated by material wealth, even more by the financial situation of their family.

Six or more digits in these cells indicate an overload of this quality. This is rare. A person can drive himself to hard work. He takes on complex projects. He can take on a lot, but doesn’t understand how to handle everything. His periods are not as effective. It’s hard for him to get things done. It even looks like bipolar disorder, a person has frequent mood swings. This needs a lot of work.

Other values in the Matrix in the First Column

Each cell and diagonal has an impact on a person’s character. The cell with the number one has the most direct impact on the material condition. This number is responsible for egocentrism. Units express a person’s desire for life, what he aspires to. Three units is the golden mean. That is, a person has ambitions, he is moderately egocentric, but he has other qualities in balance.
When there is one, two units or they are not there, then a person has few material needs. The more units he has, the more he wants to achieve. Twos are responsible for energy and potential. These are opportunities that allow units to develop. In this case, a person has little energy. That is, he wants more than he can achieve. It turns out that a person needs an alliance with a person who has more twos. One of them will be the ideological inspirer, and the second will bring results. If two partners with the same cells meet, then it will be difficult to achieve financial results.

What else can you find out by Date of Birth

In addition to the Pythagorean matrix, it is also possible to calculate other parameters by date of birth. These are human needs. They are evaluated on a separate scale, we will compare them with the possibilities. To determine the needs and ambitions of a person, we need to multiply the number of births (24) by the number series, which is represented by the month of birth and the year.

If the month of birth is December, then it will be a six-digit number. We have a number series that needs to be added up to a two-digit number. It turns out that the sum of these numbers is 30. These are the needs of a person.

Let’s evaluate the complex of human qualities that will show whether it is possible to satisfy all these needs. All qualities, except for energy and biofield, we will evaluate in a complex. It will be a complex of a person’s character, his personal qualities, charisma, his energy and ability to present himself, his learning abilities.

To do this, you need to perform the action that we did when calculating fate. To do this, we take a number series in the form of a date of birth: day, month. And the second row – this will be the year of birth. It turns out to be a series of seven or six digits. In our case, it’s like this:

All these numbers are multiplied and the result is a number. We also write down the sum of the numbers. Here we understand that a person has enough qualities and resources. It is not always necessary to achieve results for material well-being. Now we will evaluate the leadership qualities of a person, the ability to organize, the ability to lead other people. 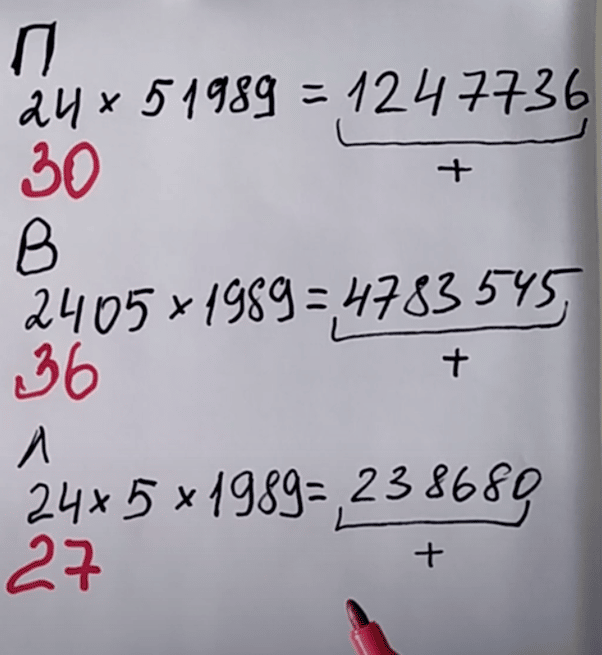 Then add up all the numbers and write down the resulting number. In our case, it will be 27. We have 3 additional numbers to evaluate. There is a norm (reference number), which becomes from 26 to 28. Anything more or less is a deviation from the norm.

So, leadership qualities fall into the norm. This person is an exemplary leader. He can run his own business, be a leader at work, he can even run a hobby where he unites a lot of people. This person does not have to work himself. He can simply earn more money if he shows his ambitions and his best qualities. He can still be a careerist.

About Human Nneeds in Money

If a person has a number below the norm, this means that a person is afraid of big money. If we had 18 or 20, then this person does not know how to handle money. He is even afraid of what to do with the money. And often such people cannot achieve more. All this is due to underestimated needs. This makes it difficult to get rich, and sometimes even lead a more or less decent lifestyle. These are always low needs due to fear.

We talk about possibilities with the help of a complex of qualities that are often in a dormant state. We understand that our capabilities are much more than the norm. The person is very distant. He can live better than the norm. But he does not use all the possibilities. It is likely that circumstances will develop in such a way that he will not be able to use all the qualities. We see that a person has a good memory, luck, health, and ability to science. In these qualities, you need to look for resources, but he will not do this. At most, he can rise to 27 and make a career for himself.

Here is the calculation. There is nothing complicated in such a calculation. But it is important to be able to properly evaluate and understand yourself. This will help you understand how and what to work on, where you need to put more effort. And don’t let money worry you!